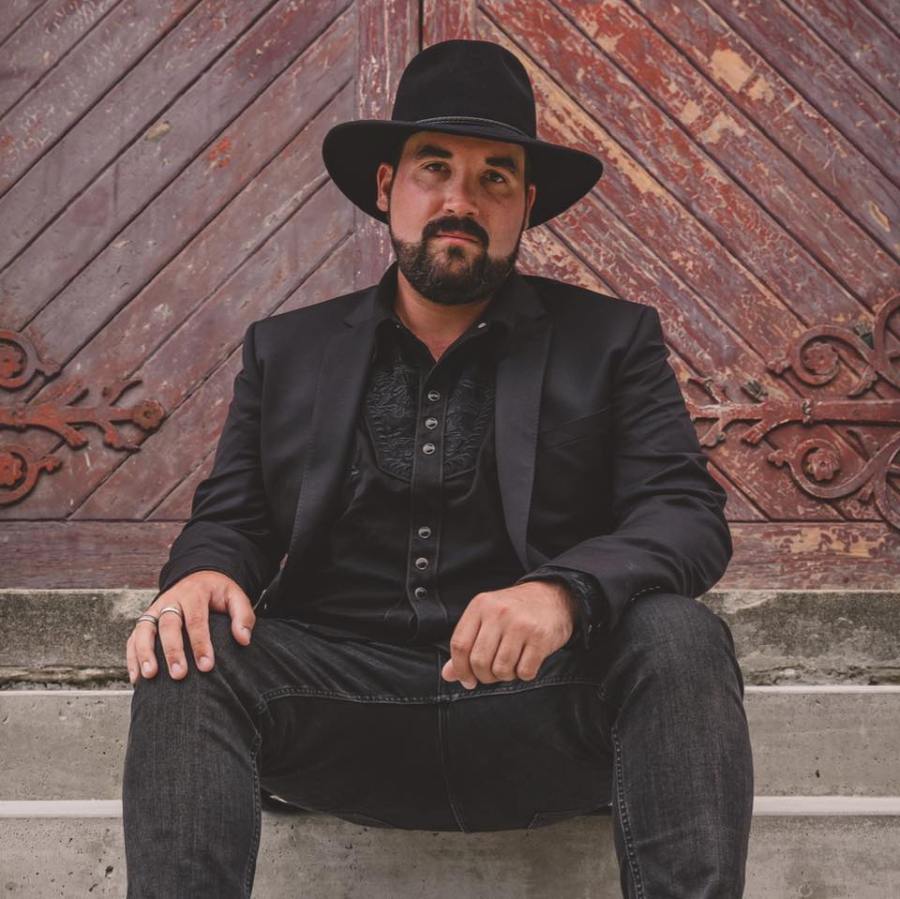 With the release of his infectious, rockin’ new single “Too Far Gone” and his upcoming debut album Songs from the Reading Room, Arun O’Connor offers a powerhouse showcase for “Kiwi Country” and a primer on just how vibrant, soulful and kickass country music is in his native New Zealand.

On a more personal level, the multi-talented singer-songwriter–who’s been on the scene in the country’s Southland (southernmost) region for 15 years (or about half his life), he’s continuing a dynamic family legacy that includes his dad, Southland Rock n Roll Hall of Famer Dave O’Connor and three older brothers who played drums.

In addition to leading the popular cover band Small Feet for the past 11 years, O’Connor has built a stellar reputation as a session and touring musician and musical director for internationally renowned New Zealand country greats Jody Direen, Kayla Mahon, The Heartleys and more. O’Connor is also a three time nominee for Southland Entertainer of the Year (winning the award in 2020) as well as winning the 2018 Southland Musician of the Year Award.

The singer’s recent success as a solo artist – and discovery of his latent songwriting talents – happened serendipitously as a result of his sweeping triumph at the 2018 Gold Guitar Awards, where he won the Senior Overall Award as well as the Open Vocal Group, Senior Male Vocal, Senior NZ Song and New Country Category award. The prize package for winning for Senior Male Vocal for his rendition of Chris Stapleton’s “Tennessee Whiskey” was, as he says, “more of a career starter than a cash prize, a new guitar and kudos.” He earned the opportunity to record a single in Nashville with Jay Tooke, former drummer of the country band The Steel Woods, who has become one of the most sought after producers in Music City for indie artists. There was only one glitch that might possibly impede a productive two week first time visit to America and some great sessions with some prominent Nashville cats – O’Connor, for all of his years of accolades and gigs as a performer, had never written an original song. Drawing on a lifetime of experiences and keen observation of the lives of family and friends, he took to the craft naturally, emerging with the killer country-blues and vocal harmony laden ballad “Following the Line.” In addition to over 132,000 Spotify streams, the track hit #2 on the NZ iTunes Country charts, #3 on the NZ iTunes Overall chart and #11 on the official NZ music NZ Hot New Singles chart.

The singer scaled even greater heights with his follow-up single, the rollicking, original “Let Go of My Heart,” whose instrumental tracks were recorded in Nashville while O’Connor tracked his vocals and guitar back home. The song went to #1 on the NZ iTunes Country charts and #3 on the NZ iTunes Overall charts. O’Connor wrote a whopping 16 new songs from October 2020 to March 2021 to lay the foundation for his Tooke-produced, Nashville and New Zealand recorded (due to COVID travel restrictions) full length debut album Songs from the Reading Room. The collection’s title is a riff on a private joke stemming from a kid in his grade school class who was dragged from class to the “reading room” next door to be reprimanded. Though he assesses much of his personal and observational songwriting as laid back and somewhat dark and melancholy in nature, his choice for lead single, “Too Far Gone” is one of those classy styled songs featuring happy up-tempo music contrasted with poignant, hard-hitting lyrics.

“I wrote this song with Nashville songwriters, Ryan Sorestad, Brittany Knott & Taylor Nash over a zoom call during lockdown here in NZ. The song was then recorded in Pentavarit Studios Nashville using members from bands such as Eric Church, Brothers Osbourne, Colbie Caillat, and Randy Houser. I recorded my parts in Auckland’s well-known Roundhead Studio, owned by Crowded House’s Neil Finn. It is being promoted by Ue3 Promotions in LA, Grass Roots Promotion in Nashville & Suzie Says in NZ,” explains O’Connor.

“Too Far Gone” is a song about the mistakes we make in life, all the bad choices that lead us down the roads we don’t want to go down. It is a song that will hopefully make us question our own intentions and reevaluate what is most important in our lives. Maybe we deserve that second chance. Maybe we can change and be the person we had always set out to be. “Too Far Gone” speaks of a seemingly never-ending cycle of mistakes and regrets but with a stubbornness of not wholeheartedly wanting to change.”

Growing up in the small city of Invercargill at the southern tip of New Zealand’s south island, O’Connor’s musical sensibilities were shaped not only by his dad and brothers, but also by the American country music his parents played – Kenny Rogers, Dolly Parton, Patsy Cline, etc. Fascinated by the musicianship of The Eagles when he watched their classic “Hell Freezes Over” performance, he was inspired to be the one kid in the family who, instead of drums, chose guitar, which he began playing at age 11. By 15, he was playing weekend pub dates, weddings and corporate functions. While pursuing his musical endeavors, he worked a few day jobs ( wool room laborer, mechanic’s apprentice) but the combination of his skills and diversity (bass, electric and acoustic guitar, singing) quickly led to a full time career, both leading bands and working as a sideman for others, most prominently Jody Direen, who opened for Kenny Rogers, Lynyrd Skynyrd, LeAnn Rimes and American Idol winner Scotty McCreery in NZ and played at CMC Rocks, Australia’s largest country music festival.

“After so many years making a living playing with other artists and singing cover songs, it’s definitely been a challenge to perform my own material for people,” O’Connor says. “It’s honestly something I never expected to do, and I am so grateful for the encouragement I’ve received, not only with streams and chart success, but from fans who come to see my shows. I’m looking forward to more opportunities to share my new-found passion for songwriting with everyone.”

We think that O’Connor may well be the next big international country star. Check out his Spotify page for more great tunes.

Encouraging you to make the world a better place, one teaspoonful at a time

to promote and support all forms of indie artistry

bringing you the best of Independent Artistry

The Art and Craft of Blogging

The latest news on WordPress.com and the WordPress community.